Case study: Weight Loss In A Patient With An Under Active Thyroid

Case study: Weight loss in a patient with an under active thyroid

Allison is a 42 year old lady who came to see me a month ago, after being frustrated with her weight for many years. She claimed to eat well but was gaining a few kilos every year. Both of her parents are slim people, so Alison was convinced there must be an explanation for the surplus 22 kilos she wanted to lose.

Allison’s mother had a thyroid problem when she was younger and had her thyroid gland removed. Allison hadn’t had a blood test for her thyroid for more than five years. She asked for some comprehensive blood tests to try and get to the bottom of her problems.

Life is frantically busy for Allison. She lives with her partner and doesn’t have children. Allison is self employed and works extremely long hours. She told me she gets an average of four to five hours of sleep each night. That is nowhere near enough. Insufficient sleep is an extremely common cause of inability to lose weight. That’s because it messes up your appetite hormones. Insulin, leptin and ghrelin all help you feel satisfied after meals if they are working properly. People who don’t sleep enough inevitably develop some degree of insulin resistance. That means their blood insulin goes up. That’s bad news because insulin promotes fat storage (particularly around the torso) and it inhibits the fat burning hormone called hormone-sensitive lipase from working. 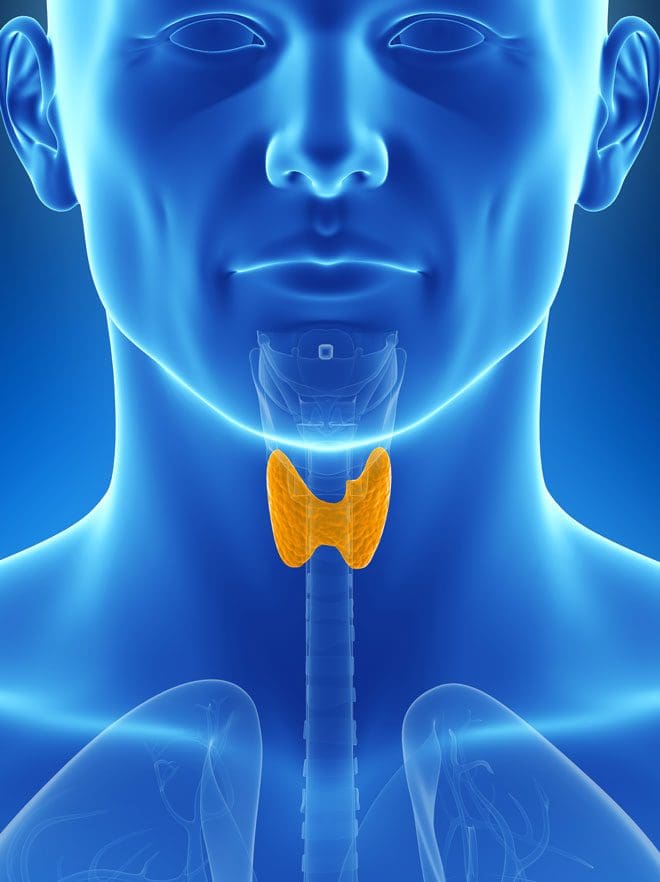 I arranged for Allison to have a blood test and here are her results:

Allison didn’t have a bad diet. She did eat out a lot, and had big portions, plus she told me she drank too much alcohol and knew this was impairing her metabolism. Allison mentioned that she used a protein powder, and she showed me the tub. The protein powder contained gluten and sugar – both completely inappropriate for someone with a thyroid problem who can’t lose weight. I suggested she make smoothies using Synd-X Slimming Protein powder, which is gluten free and sweetened with stevia.

Allison was happy to have a plan in place to address her weight and overall health. I look forward to our next consultation in two weeks. For more information about thyroid conditions, see the book Your Thyroid Problems Solved.