Polycystic ovarian syndrome (PCOS) is one of the most common hormone imbalances in young women. We see several women with the condition each week at our clinic. It affects approximately 1 in 10 women of reproductive age and is the most common cause of menstrual disturbances and reduced or absent ovulation.

Now researchers have discovered a link between abnormally high levels of harmful microbes in the intestines and the condition.

“This novel paradigm in PCOS aetiology suggests that disturbances in bowel bacterial flora (“Dysbiosis of Gut Microbiota”) brought about by a poor diet creates an increase in gut mucosal permeability, with a resultant increase in the passage of lipopolysaccharides (LPS) from Gram negative colonic bacteria into the systemic circulation. The resultant activation of the immune system interferes with insulin receptor function, driving up serum insulin levels, which in turn increases the ovaries production of androgens and interferes with normal follicle development. Thus, the Dysbiosis of Gut Microbiota (DOGMA) theory of PCOS can account for all three components of the syndrome-anovulation/menstrual irregularity, hyperandrogenism (acne, hirsutism) and the development of multiple small ovarian cysts.”

Having an excess of bad bacteria in your gut is not always due to an unhealthy diet. You may have inherited the wrong bugs from your mother. Maybe you had several courses of antibiotics which was unavoidable because you had serious infections. Maybe you had food poisoning or gastroenteritis which affected the migrating motor complex in your intestines, leaving you prone to bacterial overgrowth. There are several reasons why a person can end up with bad gut bugs.

We are increasingly discovering the critical role that gut microbes play in our health. An imbalance in gut bugs can create or aggravate almost any disease or symptom. A sugar free, low carbohydrate diet is helpful for restoring healthy gut bugs, but sometimes more powerful strategies are needed. Some people require a course of antibiotics, while others feel better with herbal remedies. BactoClear capsules contain the herbal extract berberine, as well as essential oils of clove, oregano and thyme. They help to relieve symptoms of bloating, indigestion and medically diagnosed irritable bowel syndrome. 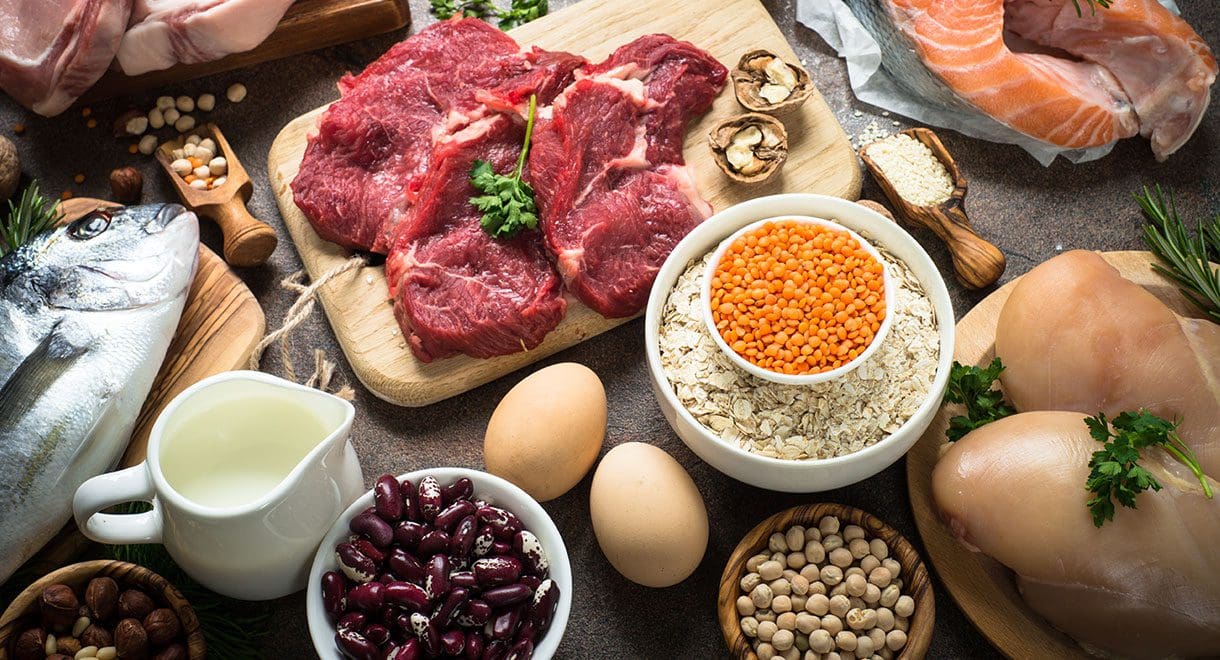 Which foods are best for women with polycystic ovarian syndrome?

Insulin resistant people cannot handle common levels of carbohydrate in their diet. They oversecrete insulin in response to eating carbs and they are less likely to feel satisfied after a meal, therefore tend to overeat. That means carbohydrates needs to be restricted in the diet. It is best to get your carbohydrates from vegetables, along with small amounts of fruit, nuts and seeds. Some women with PCOS will even need to avoid fruit for a period of time. Fruit is a healthy food for most people, but very insulin resistant people who are not able to lose weight should go without fruit for a while; until they have lost some weight. There are no nutrients present in fruit that can’t be obtained from vegetables. There is an easy-to-follow low carbohydrate eating plan in our book “I can’t lose weight and I don’t know why” and our “Diabetes Type 2 – You can reverse it” book.

Protein is the most important nutrient for those wanting to lose weight and reduce their blood insulin level. It is critical to eat protein at every meal because it is extremely satiating. It will help to make you feel more full and satisfied after a meal, and keep you feeling satisfied for longer. This way sticking to a healthy diet won’t be so much of a struggle. Examples of protein rich foods include eggs, seafood, poultry and red meat. Dairy products, nuts and seeds contain smaller levels of protein. Protein powders can be extremely helpful for those wanting to lose weight because they provide a quick, tasty and easy meal option for busy days.

Women with PCOS need a higher amount of healthy fats in their diet. Fat is beneficial because it is very satiating. It will help to keep you full for longer, making it easier to avoid sugary snacks. Fat is also the only nutrient that doesn’t raise insulin levels, and elevated insulin is the driver of PCOS. Examples of healthy fats include avocados, olive oil, coconut oil, grass fed butter, nuts and seeds and fat from grass fed animals such as lard, duck fat and tallow.